The Ups and Downs of our Trip to China 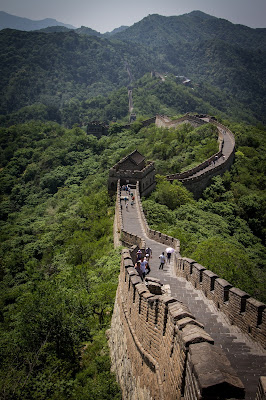 Everyone is going to have different experiences in China and I'm going to share what worked and what didn't for our family.  Our group was me and my husband, our 11 year old daughter and our 7 year old that we were adopting. I had been to China in 2014 for a mission trip and learned a lot of lessons then so based on that and what I learned from adoption Facebook groups, this was our packing list: 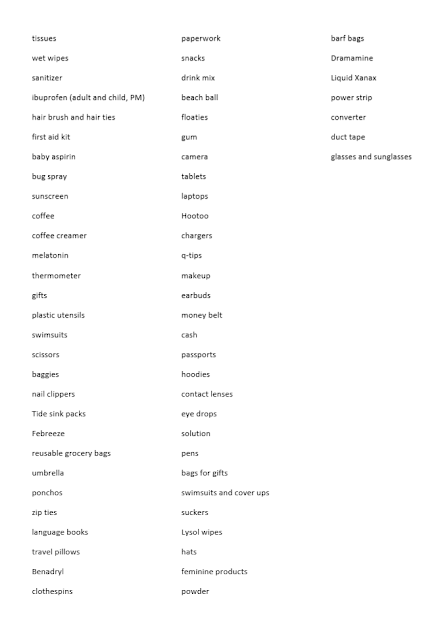 Overall, I think we packed very well. There's not much more I wished we would have brought. We had 2 large rolling suitcases that we checked and each of us had a backpack as a carry-on. That's it. It was great only worrying about one item after we made it through security.  We packed our oldest daughter and husband's items in one suitcase and Liam's and mine in the other.  We used packing cubes for all of Liam's items but if I had more money, I would buy them for everyone in different colors. We brought 11 outfits each and did one small load of laundry in Guangzhou (cost about $17) and washed as much as we could in the sink.  We were there in Summer so the benefit is that we were wearing lighter clothes but we couldn't rewear a lot without washing because we were sweating a lot!

Things I wouldn't bring: umbrella (there was one in each hotel room) and travel pillows (airline provided and I don't sleep much on planes)

Technology related: we brought 2 laptops, an iPad and our cellphones and left everything in airplane mode the whole time with wifi on. We set up VPNs before we left and brought a HooToo nano. Check them out on Amazon. It is a pretty cheap device but great. Basically, you plug it into the wired internet in the room and it gives off it's own wifi signal. You have your own hotspot and you aren't limited by how many devices you have or the strength of the hotel's wifi. We were able to easily access every website we needed in all three cities.

Money wise: We took about $2800 over our orphanage donation and came home with $500. We did not buy many souvenirs and we are cheap eaters. We spent about $16 for the 4 of us for many meals. The big ticket items were the safari park and some of the meals on travel days. It was over 2 weeks in 3 cities for 4 people so $2300 seems reasonable for activities, meals, souvenirs, some transportation, tips, etc. I think we spent $9 on a Gatorade at the top of the Great Wall and we bought 2. That was stupid but we were really thirsty and not thinking about the exchange rate.

We each took 2 pairs of shoes: 1 pair of sneakers and 1 pair of slip on, closed toe comfortable shoes.

What I would do differently next time:
-I would skip Beijing. I did it last year and now my husband and daughter have seen it and I'm not really keen on going again.
-I would try to take the train to Hong Kong. The van ride from Guangzhou to Hong Kong was not good for us.
-I would stay at the Marriott in Hong Kong. The airport hotel was too small and very limited in food options.
-I would upgrade our room at the China Hotel in Guangzhou. We didn't make a fuss out of it this time but our standard room was very small.
-I would make sure I saved one totally fresh (un-sinkwashed) outfit for the flight home. We did okay at this but you don't want that long journey home to be in funky clothes.
-I would skip the safari park in Guangzhou. It was fine but I got dehydrated and it made the day miserable. I'm not used to that much humidity and I didn't drink enough water. Overall, this is an emotionally exhausting trip on a totally different time zone and I would have rested more and passed on more activities.
-I would try not to fly American Airlines unless we were on the 787 direct from DFW to China. We did that on our way there and it was great. Cathay Pacific was amazing for the first leg but the second AA flight on the 777 was difficult.

What I'm glad we did:
-I really liked having fanny packs. I know they are unattractive but I have a bad back and I was able to keep wipes, my phone, snacks, water, etc around my waist and be hands free.
-I'm glad we immediately took Liam to their bigger Wal-mart like stores so that he could pick out toys he liked. We got him a gun set that shot suction cup darts that stuck to the hotel window glass and he had fun for hours.
-I'm glad I had a list of souvenirs and only shopped for those. It kept it easy and I wasn't tempted to look at other things.
-Try to go to the Mutianyu part of the Great Wall. Take the chair lift (NOT the gondola) up the wall and then you can take the alpine slide down. The gondola will take you to an area over an hour away from the slide and that long of a walk on the wall can be exhausting unless you really love a big hike.
-We brought 1 power converter and it actually worked for my flat iron! Yay for not scaring Liam with a scary looking mommy.
-The games we had on the iPad for Liam were a big hit. He fell in love with Daniel Tiger and the Grandpa's Workshop app.
-We managed to balance Chinese and Western foods so I wasn't so sick of Chinese food. We had Subway, McDonalds, Pizza Hut and managed to have about one western meal a day.  I need that for my sanity.  We loaded up on the free breakfast at each hotel and ate lighter lunches.
-I'm thankful that I heard Rick Steves say something on a show about how to travel Europe. He said that he packs light because he figures that he can buy it there and if he can't, then millions of people are living without it so it probably isn't a NEED.  Obviously, this isn't true for medications, etc. but for the most part, the stores in China have most things you are looking for. I bought a deodorant there that is identical to Degree (same container, just Chinese words).
-Language was not as big of a deal as I expected. Either our guide was able to tell Liam what was going on or our translator apps filled in the rest. He picked up some basic things quickly.
-I'm glad we bought paper plates, forks, and cups in China. We could easily have some cheaper meals in our room and we bought the big jugs of water and just used our paper cups and only used water bottles while we were out.
-Expect your child to get carsick. I did because my bio kids are easily carsick so we came prepared. Most won't be but they don't ride in cars much at the orphanages/foster families and the method of driving and traffic in China can exacerbate the problem.
-The biggest thing I'm glad we did is travel with both spouses and an older kid. I cannot imagine not taking my husband on this trip. I know there are situations where this is difficult but emotionally to me this would be like delivering a baby alone.  Our daughter was a huge help just having someone for Liam to connect with as another kid and another set of eyes and hands.

Tips for those going to Xian:
-If you stay at the Days Hotel: there is a Chinese hamburger stand right outside the hotel. They are delicious and cheap, like $1US cheap! Get chips at the big store down the street and have some easy lunches.
-The restaurant attached to the Chinese hamburger stand is good. The sweet and sour pork is very delicious and their prices are good. For our family, a full meal was around $16US
-There is a park down the street and it has a big play area that we stayed at for hours.  It is like a screened in playroom (for a small fee) with a trampoline, ride on toys and a kind of sand pit. There are also some kid's rides.
-There is a new tea mall across the street from the hotel (directly opposite KFC) where they are opening a McDonald's with McCafe. I wish it had been open when we were there.  On the top floor there are also a TON of nice, newer looking restaurants. We didn't find this until the last day but it all looked really good.
-Try to get your guide to take you to the Bell Tower area when you go to the City Wall. There is a cool Starbucks and other nice restaurants and you can do some shopping in the Muslim Quarter. We got a pizza from Pizza Hut to bring back to the hotel with us.
-When we went to the Terra Cotta warriors, we got Subway sandwiches and ate them on the way back.


I hope this helps those preparing to go to China! My biggest tip is to just go with the flow. Be in the moment and realize that before you know it you will be home!