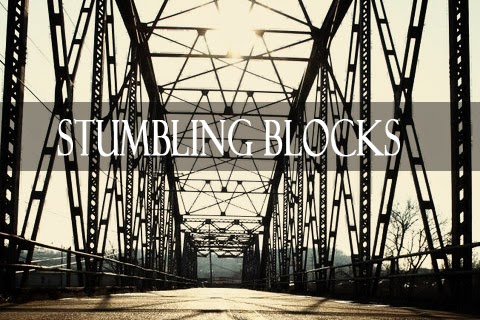 blog and picture by Jeff Stevenson

A great philosopher once said, “Life is full of challenges.” While I can’t cite who said it, I can attest that he or she is absolutely right.

Another philosopher once said, “Everything happens for a reason.” I believe this is true, too.

If you were to put these quotes together, they may look something like this, “Life is full of challenges for a reason.” I think this is the more true statement of the three.

The other night my wife and I were returning home from a rare night out in Dallas. We were about 30 min from our home, driving down the interstate when all of the sudden I saw something flash up in my headlights and BOOM! BOOM!

Instantly, I felt the front passenger-side tire going flat and made my way to the shoulder. We called roadside assistance. I knew the tire was flat, but I wasn’t sure what else may have happened. He assured us that we are safe to drive home, but would need to take side roads when driving on the spare. The initial assessment of the damage was the rim was bent causing the flat tire.

Next day, I thought I could just drive the car to get a new rim. However, when I walked out to the garage the next morning, the rear tire on the passenger-side was flat, too. I took a look and that rim was bent just like the other. I don’t know how we had made it home except to chalk it up to a miracle. But this raised the level of the repair a bit.

Long story, short we got our insurance involved and ended up being in a rental for almost 2 weeks for various other complications with the repair.

This month has been full of these types of incidents. Our fence needed 2 new fence posts after a recent storm (actually 4, but I imposed some handiwork on the others), and just yesterday we had someone out to repair our refrigerator and were told that replacing it would be the better option.

“But we are adopting! Bad things aren’t allowed to happen to us!”

This is what I was tempted to think. The selfish part of me wanted to think that we should get some kind of reprieve from real life until the adoption is finished. But in reality, the opposite is true.

When we choose to do something good, we should not expect a medal in the way of an easy life. We should expect some stumbling blocks along the way. Doing a good thing is often not easy. And regular life doesn’t stop just because we are in the middle of something good.

However, humility should kick-in when things go wrong. If we are giving to get the reward, then we are giving for the wrong reason. We need to just give to give. If we give to get, we will be disappointed many times and the stumbling blocks will seem like unfair boulders.

Here is another reality. The stumbling blocks are often for a reason.

We had been wanting to upgrade our washer in preparation for having 4 kids. The place where we bought our new refrigerator had the washer we wanted at a steep discount. We had both delivered the same day.

There are many theologies that try to explain why bad things happen. I won’t go into all of them except to finish how I began, “Life is full of challenges for a reason.”

I hold on to the belief that everything that happens in life is for a reason. I believe there is a greater plan and I’m just one part of it. Sometimes bad things happen. Sometimes we get the rest of the story. Sometimes we don’t.


Stressing about the stumbling blocks or feeling entitled to an explanation will get us nothing but frustration and bitterness. It will inevitably distract us from the good work we are meant to do.
Posted by Jeff and Sarah at 6:47 PM