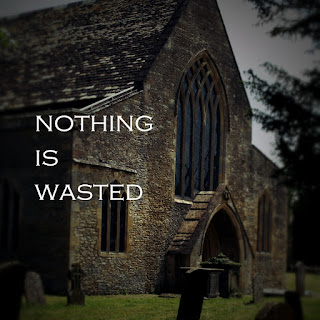 We are a family of nerds and I'm okay with that. As a family, we are watching Star Trek: The Next Generation from beginning to end on Netflix. Most of our Saturday nights, after the kids go to bed, are spent watching Doctor Who.  I think we watched the new Star Wars trailer at least 5 times the day it came out.  And yes, we aren't just sci-fi fans, I'm the dork who took 5 math and science credits in high school instead of getting early release because Genetics and Statistics sounded fun.  I spent my weekends in college chasing storms or doing extra weather modules on laser discs.  My daughter is attending her first Comic Con this weekend and I see cosplay in her future.

All that to say, an episode of Star Trek TNG really caught our attention the other day.  Geordi ends up saving a planet where humans live in a biosphere trying to genetically engineer a perfect race.  He did it using the technology from his visor. He even tells the scientist from the planet he's working with that if it were up to them, he never would have been born because of his disability. He almost laughs at the irony that very disability is saving them. She has a revelation that they are actually behind in technology because there is no struggle with perfectly engineered people. Basically, if necessity is the mother of invention, their perfect race didn't need for much and didn't create much.

Sadly, our culture in the 21st century doesn't look that much different than these biosphere people. We have aborted 90% or more of those diagnosed with Down Syndrome in the womb.  Some parents select the perfect embryos and discard the rest even based on gender. But in the search for perfection, we miss the wondrous struggle.

Yesterday, I stepped foot in a new world.  It is a world of evaluations, forms, therapists and IEPs. It was a Special Education building. My youngest, like her father and to a small degree her older sister, has a condition called disfluency.  Basically, she stutters. It looks like she will be starting speech therapy when she starts kindergarten in the Fall.  And instead of sadness, I choose joy.  I look to the glory that God will reveal through this.  If it hadn't been for my husband's speech disorder, I don't know who he would be. It made him into an incredible listener and someone who thinks carefully about his words before he speaks. And he fell in love with me partly because I let him finish his sentences when others didn't.

My dad is almost completely deaf.  I can see on his life how what seemed like a disability has turned into a testimony.  Liam has a congenital heart defect. I'm learning more about it every day. He may need surgery soon or someday far in the future.  I know that God has a plan through it either way. What looks like a life threatening condition, will be his story and song.

God uses all of it for His glory.  It is all part of His plan.  Not a single pain, disease or diagnosis is wasted in His kingdom.


he said to me, “My grace is sufficient for you, for my power is made perfect in weakness.” Therefore I will boast all the more gladly about my weaknesses, so that Christ’s power may rest on me. 10 That is why, for Christ’s sake, I delight in weaknesses, in insults, in hardships, in persecutions, in difficulties. For when I am weak, then I am strong. 2 Corinthians 12:9-10